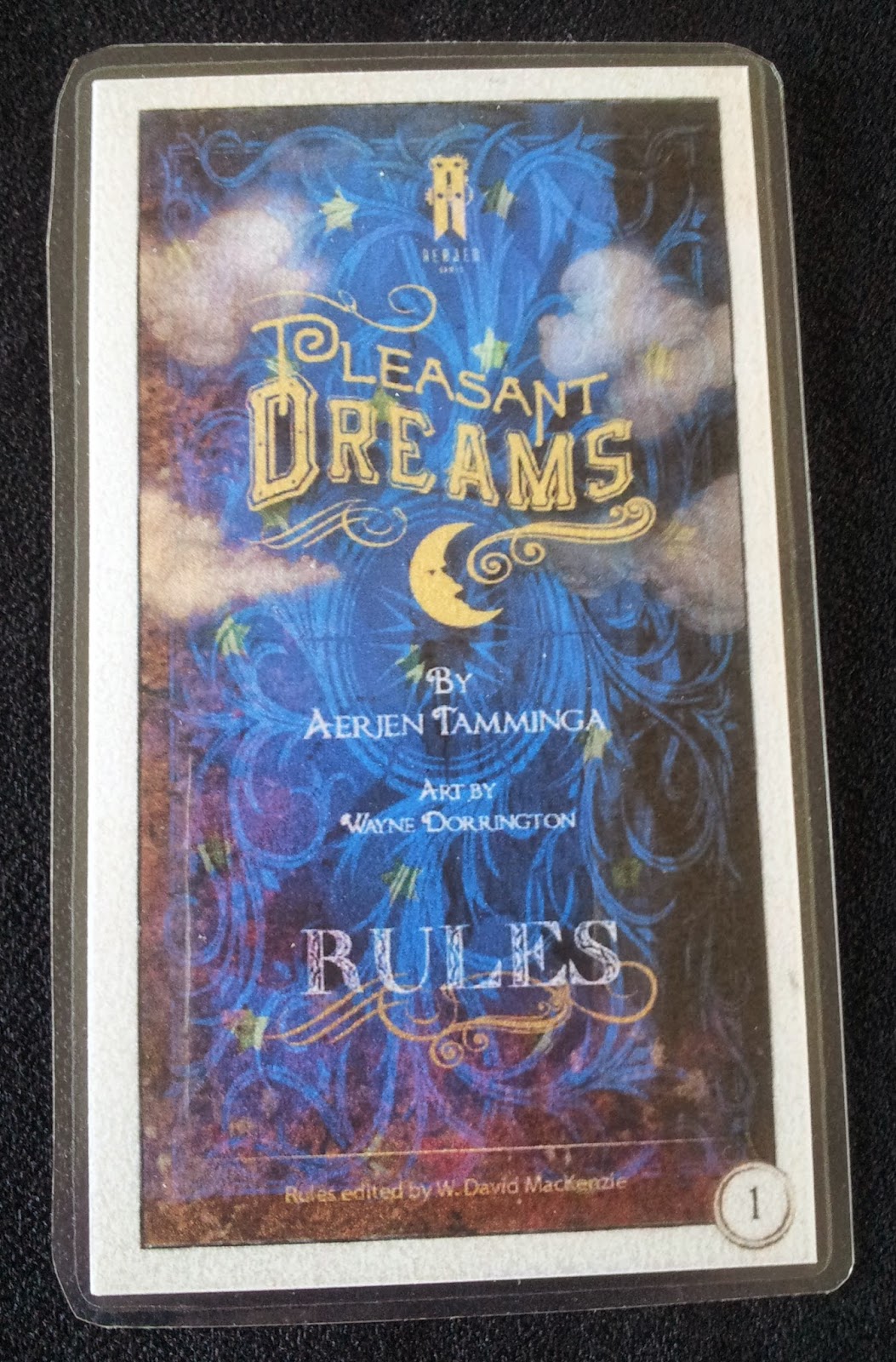 Following its successful Kickstarter campaign, Aerjen Tammingas Pleasant Dreams has now been forwarded to the eligible backers in print and play format so they can play a few games in preparation for the physical copy being delivered later this year. I was lucky enough to be on that list and here is my opinion on the game....... GOOD GRAVY IT’S GOOD!!!!!

Pleasant Dreams, for those who have yet to read any more about it is a one-to-two player card game in which the players are trying to remain blissfully asleep in the face of a night wrought with terrifying dreams. The players each have a ‘Wakefulness’ card which charts their state from 0 – being fully asleep to 5 – waking up screaming. Each turn a player declares how many ‘Dream Fragments’ they are going to face from the deck of 19 double sided cards, from1 – 5 and then deals them out, resolving them in reverse order. Some of these fragments will increase your wakefulness, taking you one (or two) steps further towards waking up. Others will help lull you back to sleep. 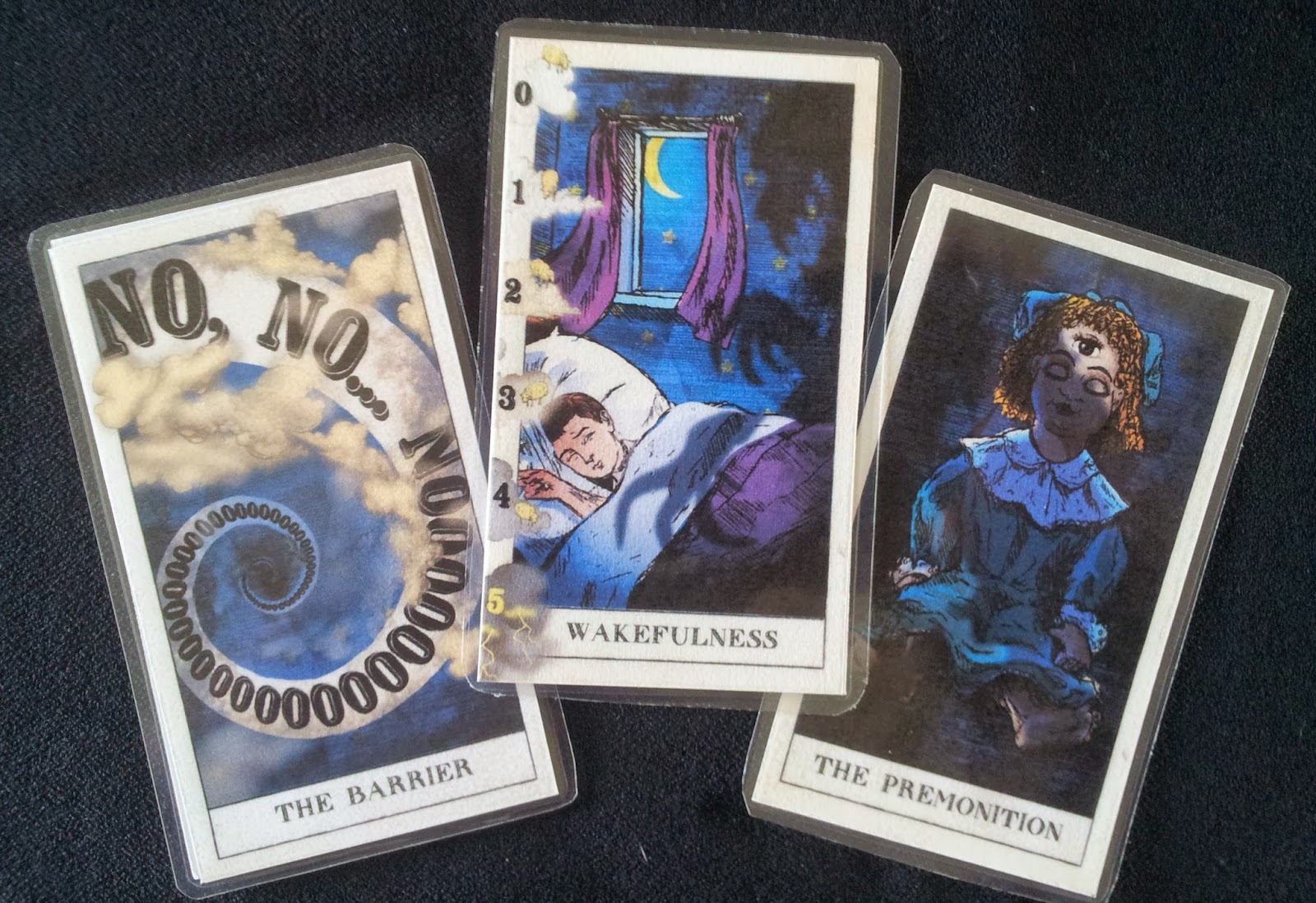 The game isn’t exactly adversarial but there is an element of ‘take that’ gameplay involved. Some of the helpful cards have a ‘flip’ icon on them. If you wish to scare your fellow dreamer, you can flip the card so you both see what the new result is and return it to a secret position in the deck, usually for your opponent to face later!

Each player is also furnished with two bonus cards. The barrier, which allows you to send a fragment to the bottom of the deck instead of facing it, and the Premonition card, which allows you to peek at the top three cards on the deck. Useful if you are close to waking and are unsure of how risky the next step will be.

The game plays in 5 – 10 minutes and can be taught in one turn, it’s that easy a concept. The best challenge is not in the game for the most part but the person you are playing! The deck, when well shuffled (I’ve had a game where I didn’t even make it half way through as I had shuffled most of the positive cards to the bottom and faced all nightmare cards in the first two turns!) offers a challenge in itself, pushing your luck against the nightmares, but your opponent is just as big of a threat. If they flip a card and it is a nightmare, you don’t know where they have placed it. Is it just below the surface or deeper in the dream deck waiting for you? How evil is the person sat across the table from you? 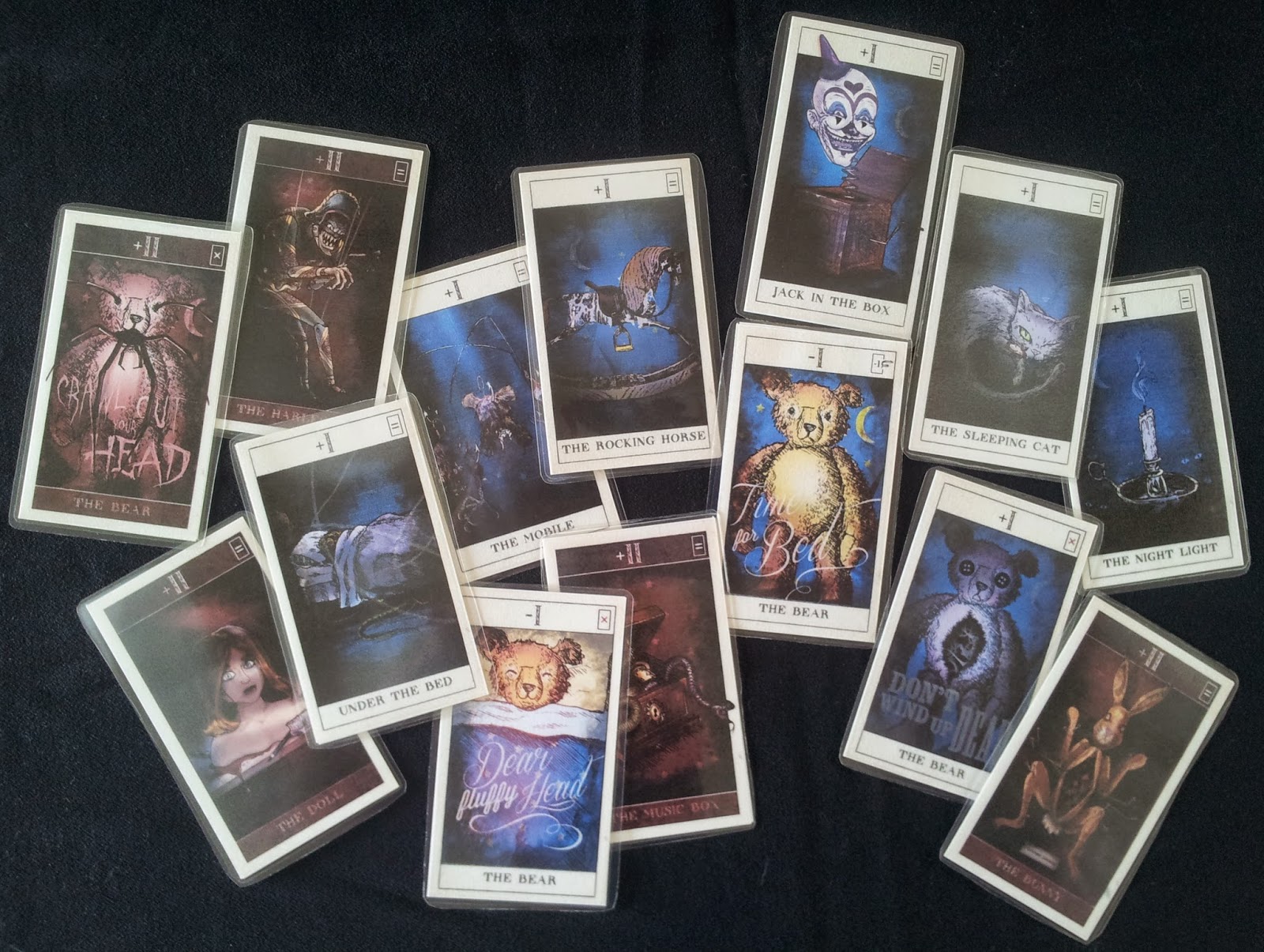 This indirect adversarial gameplay is brilliant and for such a quick game it begs to be replayed many times. My print and play copy has become a surefire hit already and everyone is looking forward to the real deal!

The ‘Lucid Dreams’ expansion has also been funded through stretch goals, adding more bonus cards to be dealt randomly to the players allowing effects such as using the same card twice, flipping the entire deck over (which would be a nightmare, literally, as you would have almost no good cards to look for) and choosing the order in which you deal with the dream fragments. The expansion adds more elements to the strategy and only serve to improve the game. 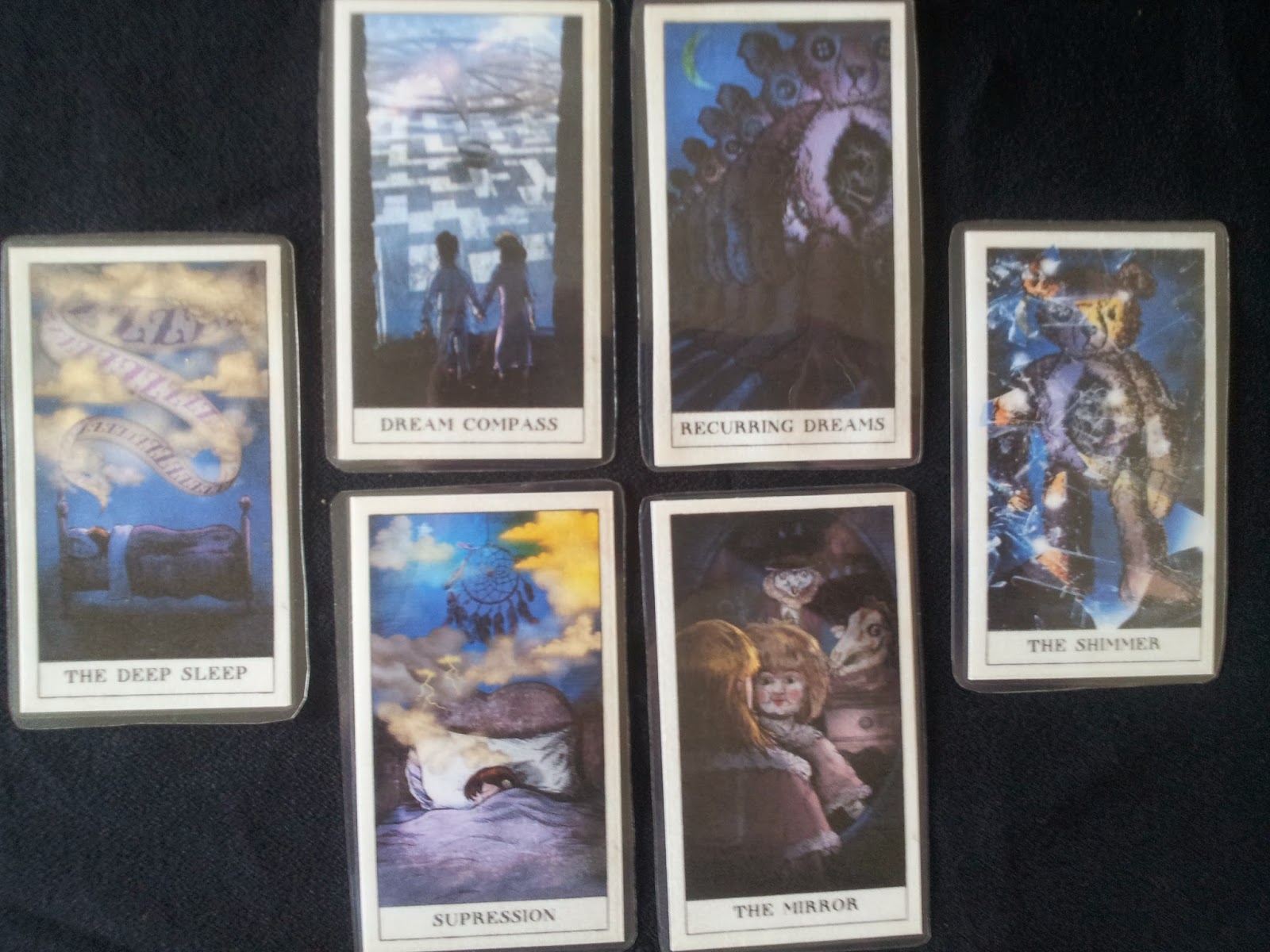 The game plays equally as well in the solo variant. You play the same way as in the two player game but any flipped cards are inserted ‘somewhere’ in the middle of the deck so you don’t know quite when you’ll see it again. The risk in waking up is just as great and you can make it harder for yourself by starting at a slightly less sleepy position (I tried once and lasted two turns!)

Preorders are now available at www.pleasantdreamsgame.com and I advise anyone who is a fan of two player games, hell, anyone interested in games at all, to pick yourselves up a copy. This is a very well put together little game and me and my beard FULLY recommend it.
Posted by Beard Plays Games at 06:11